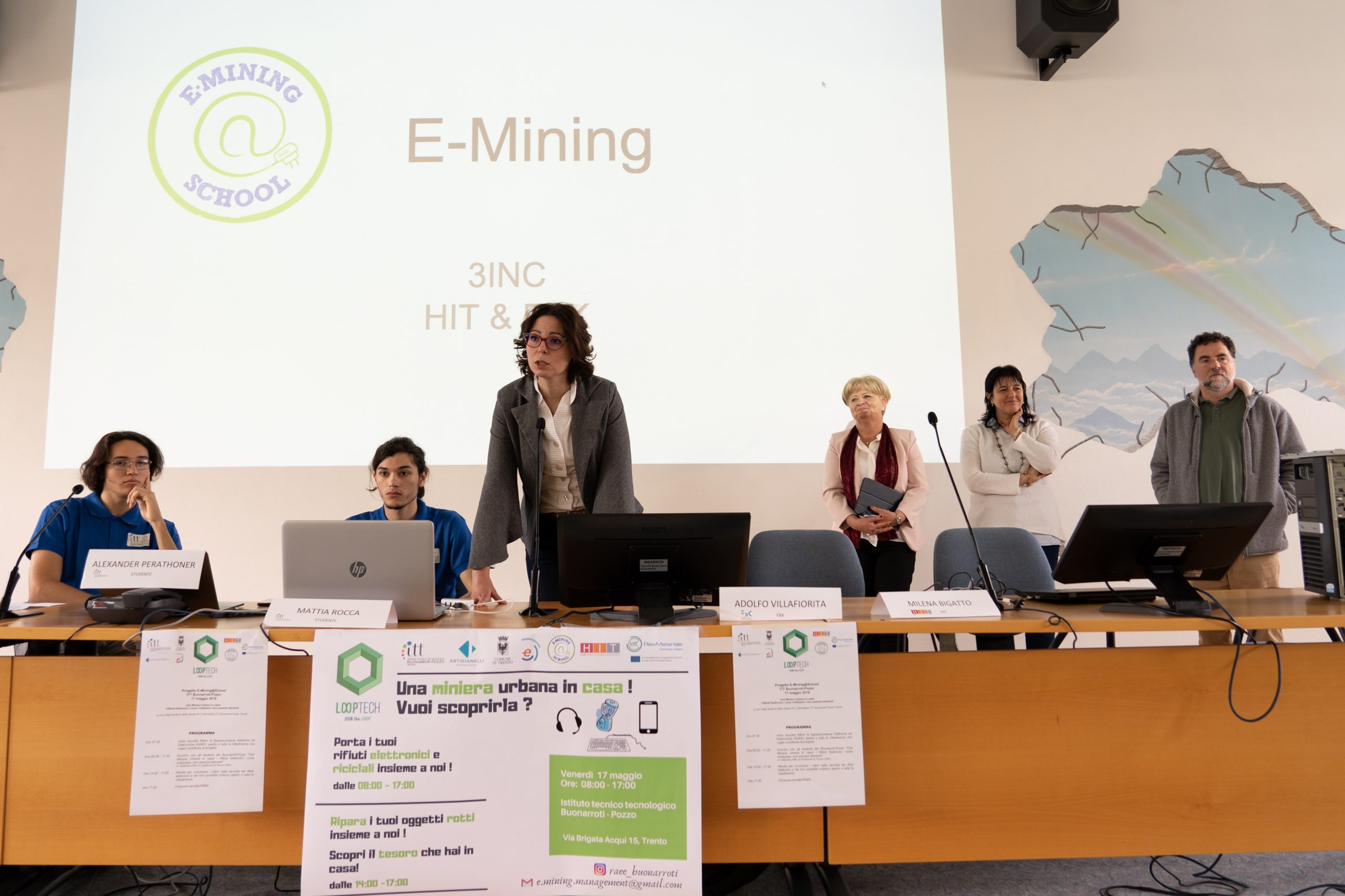 Students from the Kettle team at Castletroy College in Newtown (Ireland) win the European competition launched by the E-Mining@School project.

The project, co-financed by the international consortium EIT RAW Materials and in which Hub Innovazione Trentino Fondazione acted as coordinator, has seen the collaboration of 10 international partners with the aim of raising awareness among students on the subject of waste electrical and electronic equipment (WEEE).

All this through an innovative didactic approach such as gamification. Each school competed at European level by building its own personal campaign to raise awareness and collect electronic waste.

The Irish students of the Kettle team took the top step of the podium. They were awarded for the breadth and depth of the awareness campaign, which reached 1369 people, and thanks to which 12496 electrical and electronic appliances were collected.

The Scola Ladina de Fascia, was positively evaluated by the jury for its success in involving not only the citizens, but also in training the younger generations in a perspective of peer-to-peer learning. This was followed by the students of ITT Buonarroti-Pozzo and their colleagues from the Artigianelli Institute in Trento, who were awarded by the jury for their originality in communicating the importance of critical raw materials and WEEE to the public.

The other two Trentino teams – Green Week (Istituto “Pilati” in Cles) and Raeecyclo (Liceo Artistico “Depero” and ITET “Fontana” in Rovereto) – were appreciated by the jury, respectively, for their creative and artistic approach to communicating the problem and for integrating the E-Mining@School project with other activities that have fostered the broad involvement of citizens (first and foremost participation in the Green Night in Rovereto).
Team 3a K of Liceo Scientifico “Niccolò Copernico” in Bologna was awarded for the breadth of its activity of data collection and electrical and electronic equipment, which reached 1530 people for a total of 14863 profiled devices.

The Swedes in the Spyken wiho Team, on the other hand, deserve a special mention for their ability to collect objects of particular value – such a value that many of the people involved try to give a “second life” to these objects… before they could actually be collected.

Subscribe to our newsletter to receive
our news right in your inbox!